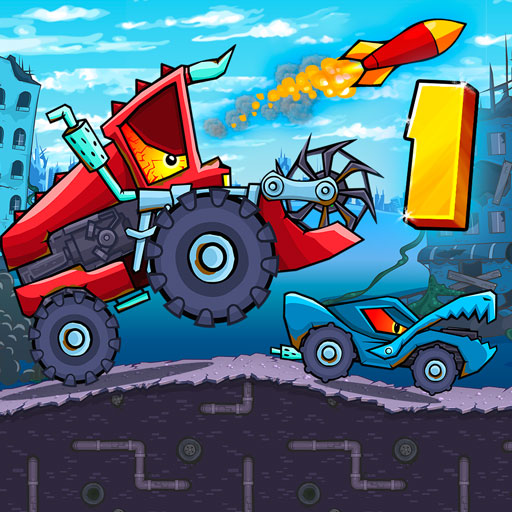 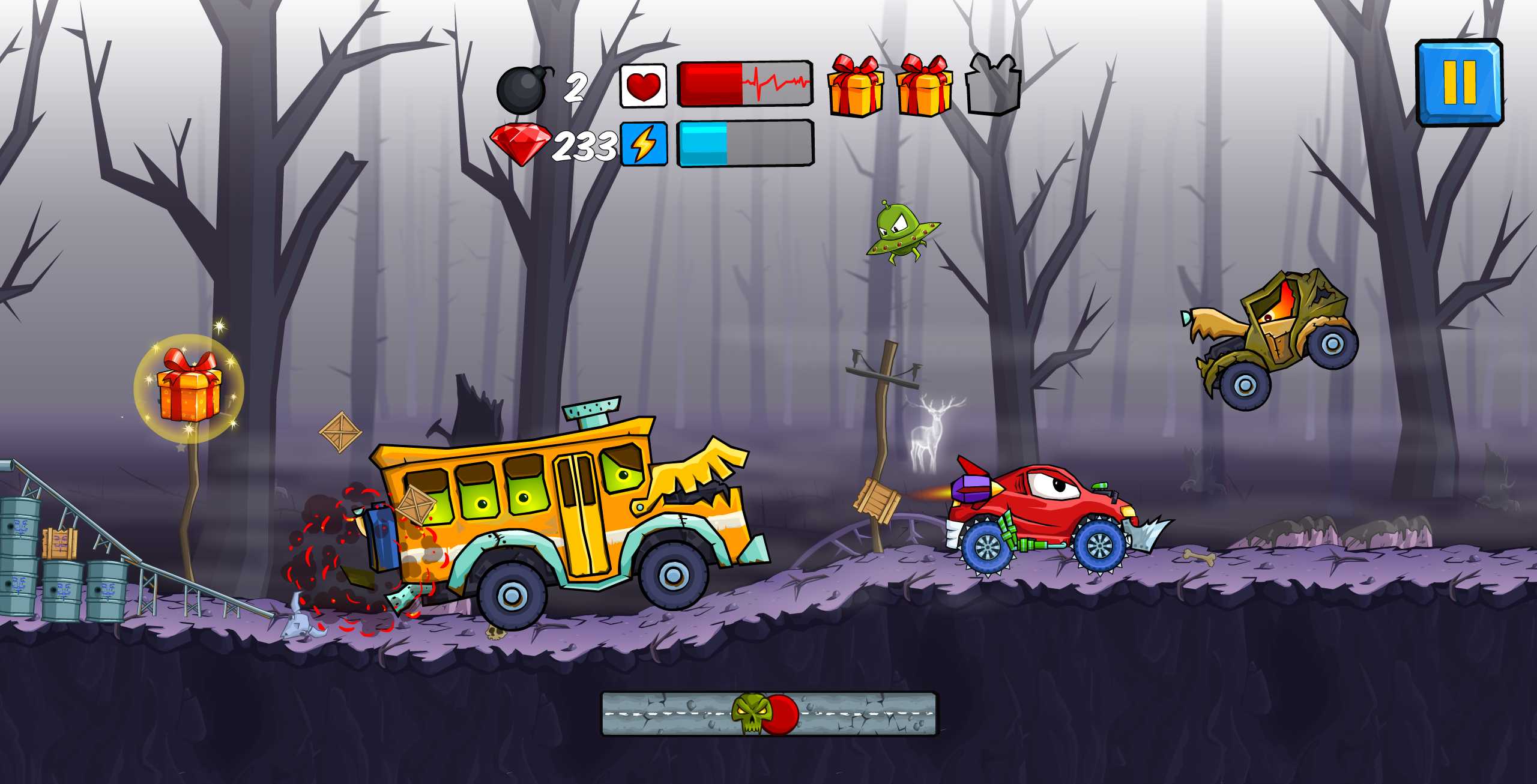 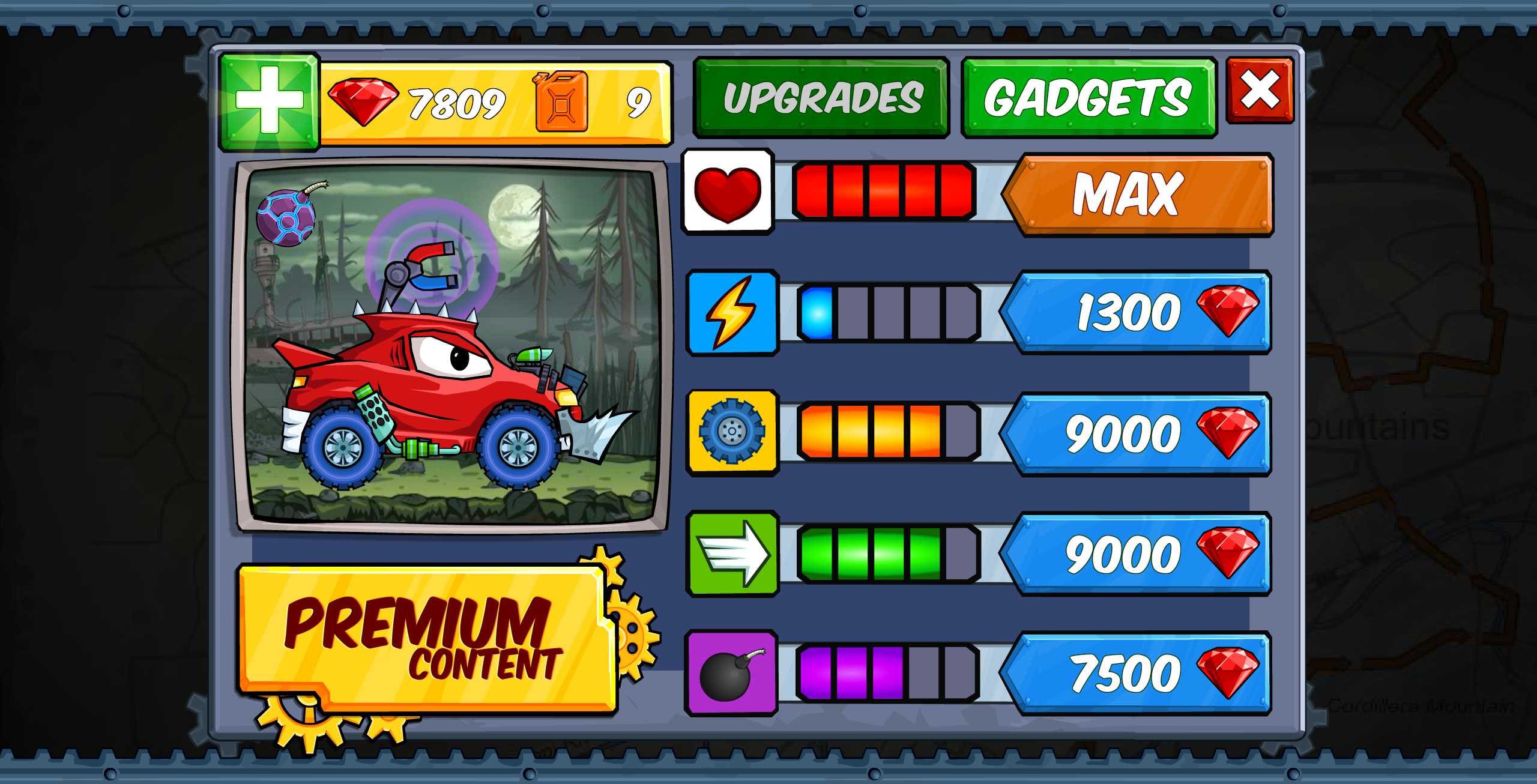 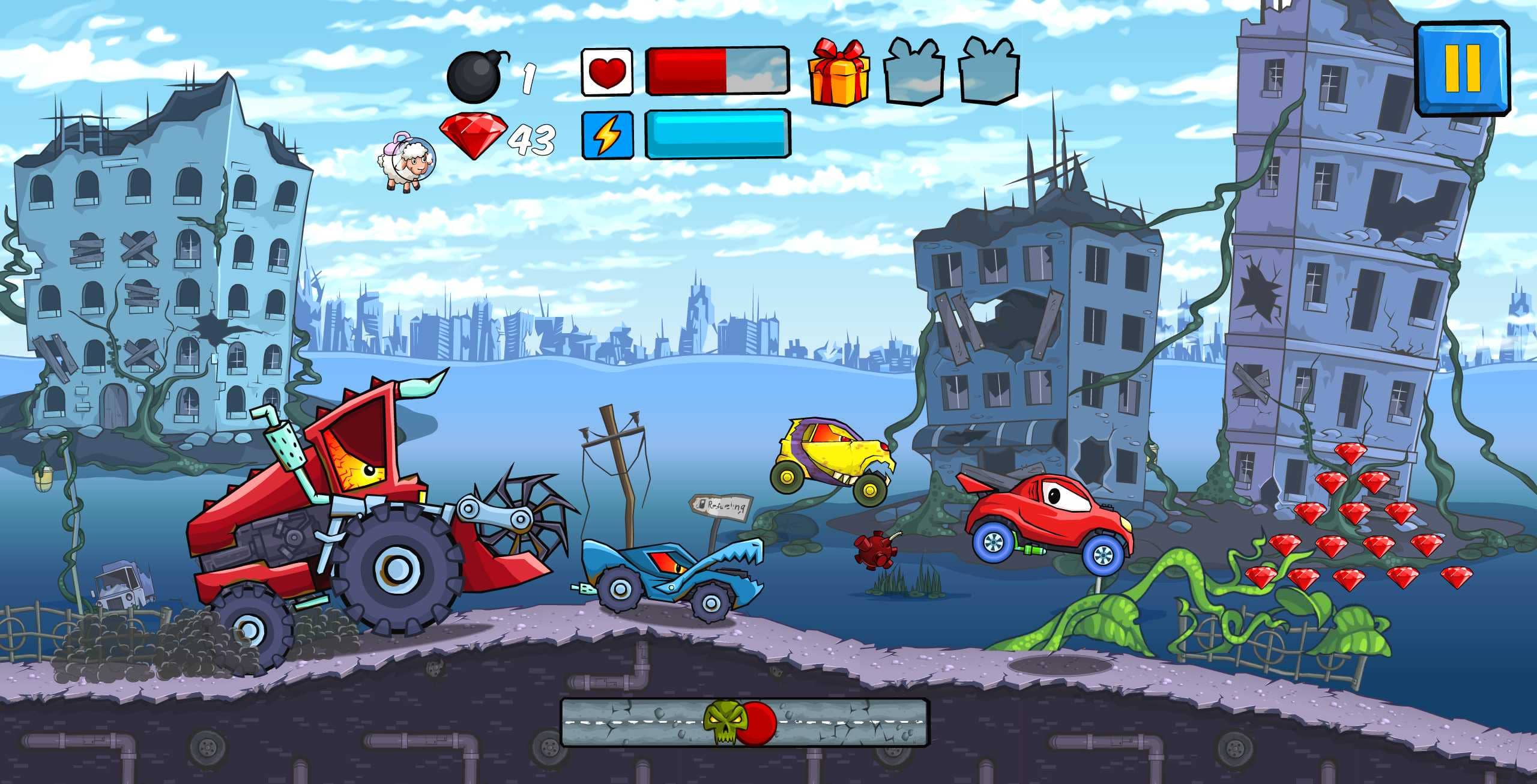 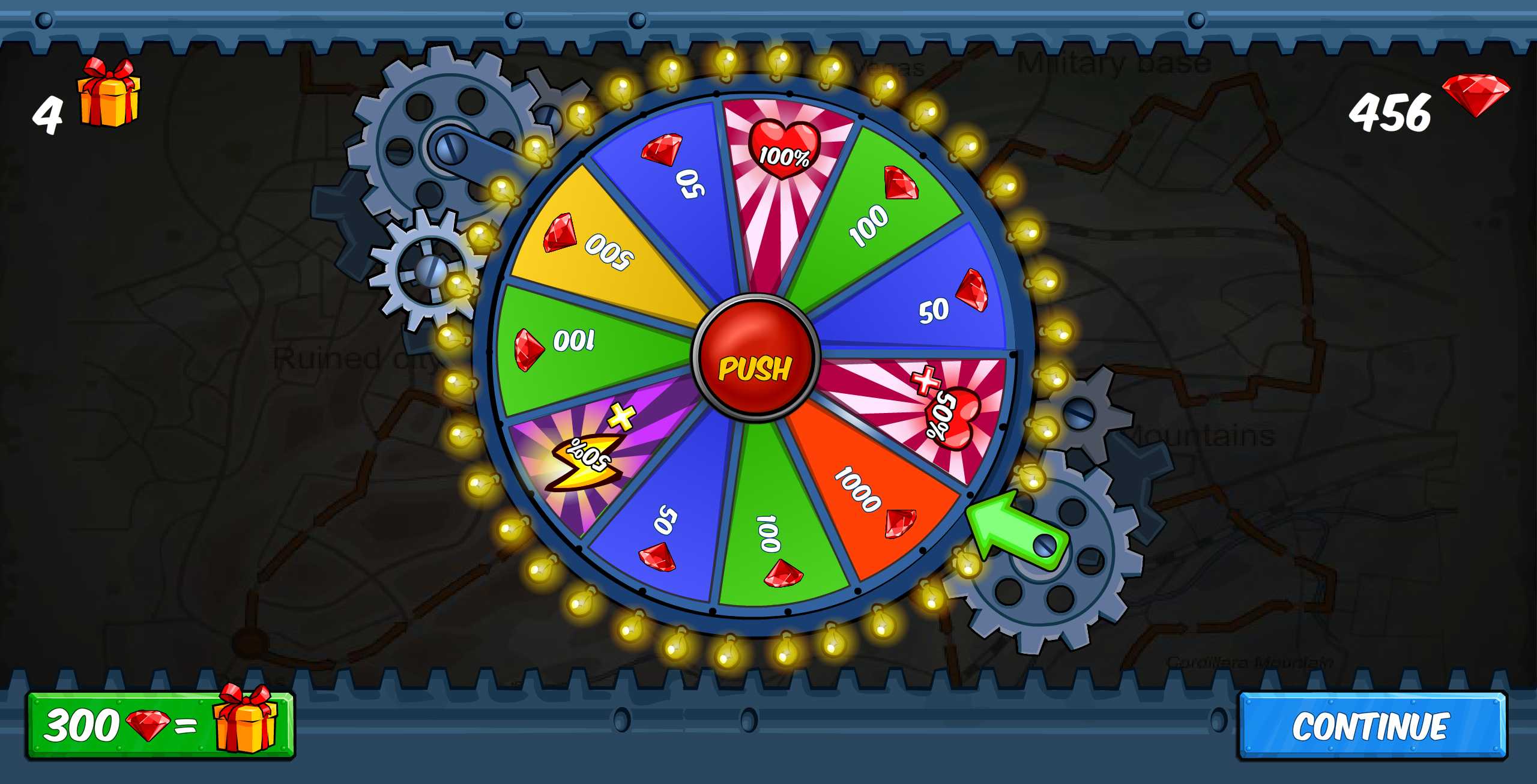 Drive to survive and destroy other cars of your enemies in the most mad car ride of your life! Do you enjoy physics based driving games? What about extreme car driving simulators or offroad games with cars and 4x4 monster trucks? Have you heard of the popular car destroying games? Do you know any mad racing games with upgrades? If you like racing arcade games and road wars with the possibility to upgrade cars, you will love our legendary Car Eats Car game! Evil cars are waiting at the starting line! Start the engine, step on the gas, and let’s go!

In this super fast and fun racing game Car Eats Car, you’ll fight with other vehicles on the road that are waiting to destroy you! You can collect upgrades and shoot your enemies or simply put your pedal to the metal and outrace them! But you didn’t think it was that simple, did you? Earn extra points by using the hills to jump and pull off awesome mad stunts!

• Outrun other fast cars that are trying to devour you!

• Collect nitro and other turbo upgrades to increase your max speed!

• Perform flips to become the most accomplished stunt car on the street!

• Burn some rubber and try not to die in the most aggressive uphill racer!

The evil cars do not sleep! Upgrade your all-terrain vehicle to race confidently against unpredictable monster trucks. Attack enemy cars, destroy the vans of your rivals and avoid enemy car attacks. Don’t spare the bombs - throw them at the pursuers who want to destroy you. Road wars have no mercy! To win the racing game Car Eats Car, be bolder and take risks. Will you leave the deadly car battle like a champion?

Jump behind the wheel of an incredibly cool car and improve your driving skills in a crazy racing game Car Eats Car. Harvester, Tankominator, Super gun, Anti-gravs or Mega Turbo cars will take your breath away! Learn to drive crazy cars, and they will amaze you with technical capabilities! They can overcome any offroad obstacles and do dangerous flips and tricks. Evil cars also like to damage enemies! To survive in a fierce race with many obstacles, attack first: catch up, cut off on the highway, push them into a ditch, smash cars into pieces and even blow them up!

Turn your truck into a unique monster car, capable of developing incredible speed. Do you want to climb to the top of the leaderboard? Upgrade the truck with various power-ups and boosts: increase its speed, traction, stability, nitro, and protect the body of the car! To destroy cars faster and multiply damage to enemies, replenish stocks of bombs and increase their destruction zone! Enter turbo mode often, perform dangerous tricks, make turns, take off, fly up in the air and earn coins for the first-rate upgrade of your auto monster!

Experience the adrenaline of high-speed hills and the unique landscapes of Drowned City, Misty Forest, Ghost Town, and the magic Swamp! Drive to the finish line on various tracks full of obstacles, climbs, jumps, and dizzying turns. 2D cartoon graphics with colorful visual design, smooth animation, funny traffic accidents, and challenging offroad missions – you’ll play this game for hours! Car Eats Car is an addictive racing game that is difficult to put away!

If you like racing and driving simulator games, you’re going to love this insane free Car Eats Car Apocalypse Racing game! Remember: only the strongest will survive, so destroy the cars and leave them choking on your dust! Zombie apocalypse is nothing compared to this mad driving game because Car Eats Car here! Sports cars and racing cars will not let you win the Grand Prix rally race. Only evil cars with big wheels such as trucks, tanks, and harvesters can win! Play the fast racing game with your friends online! Become a racer, take part in car battles in arenas, conquer dozens of tracks, set a world record and open access to all evil cars!