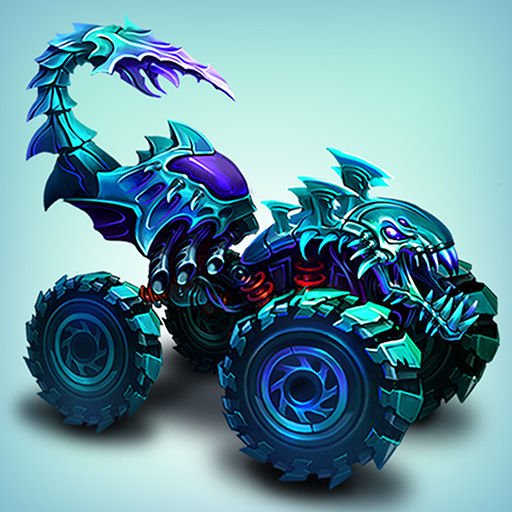 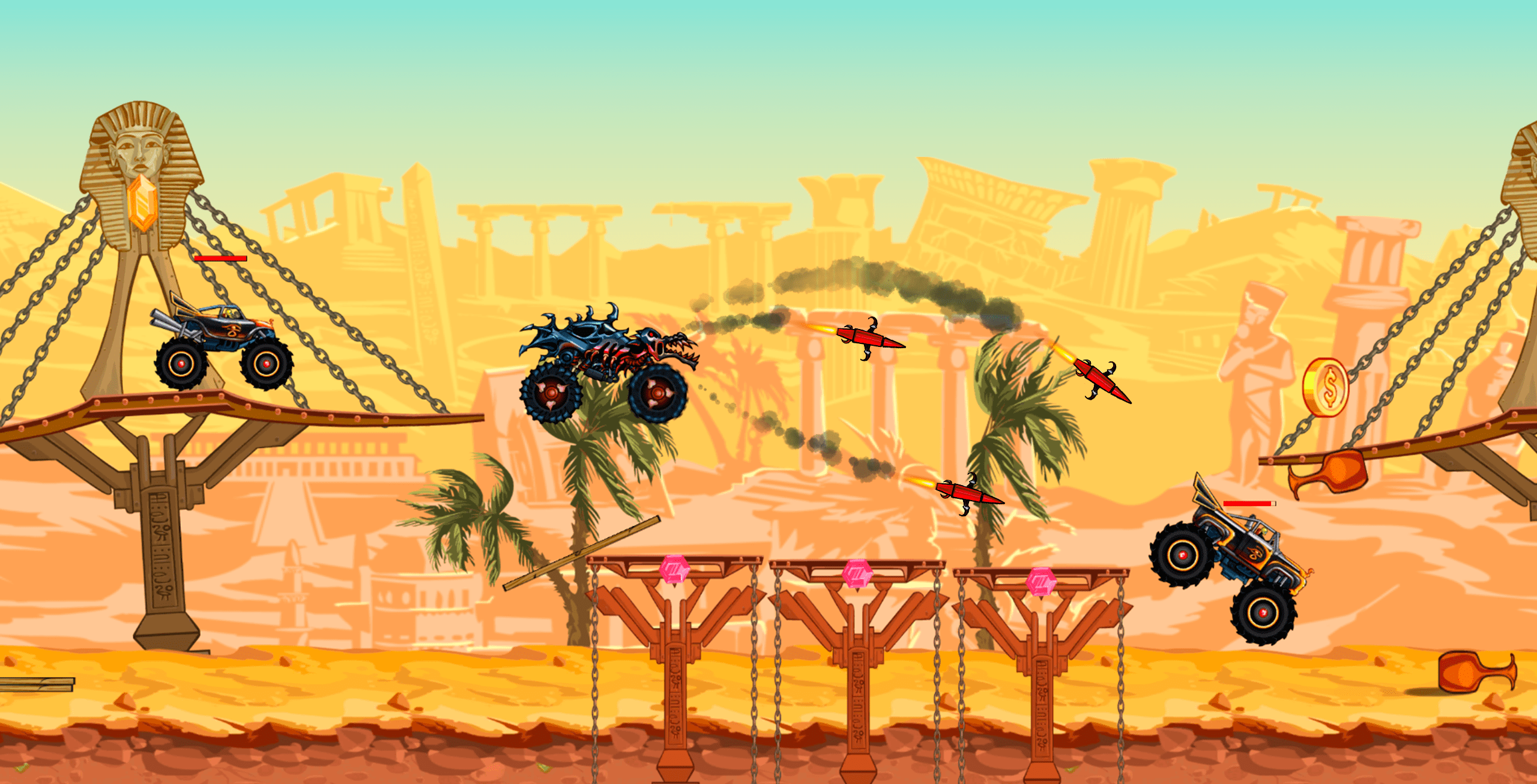 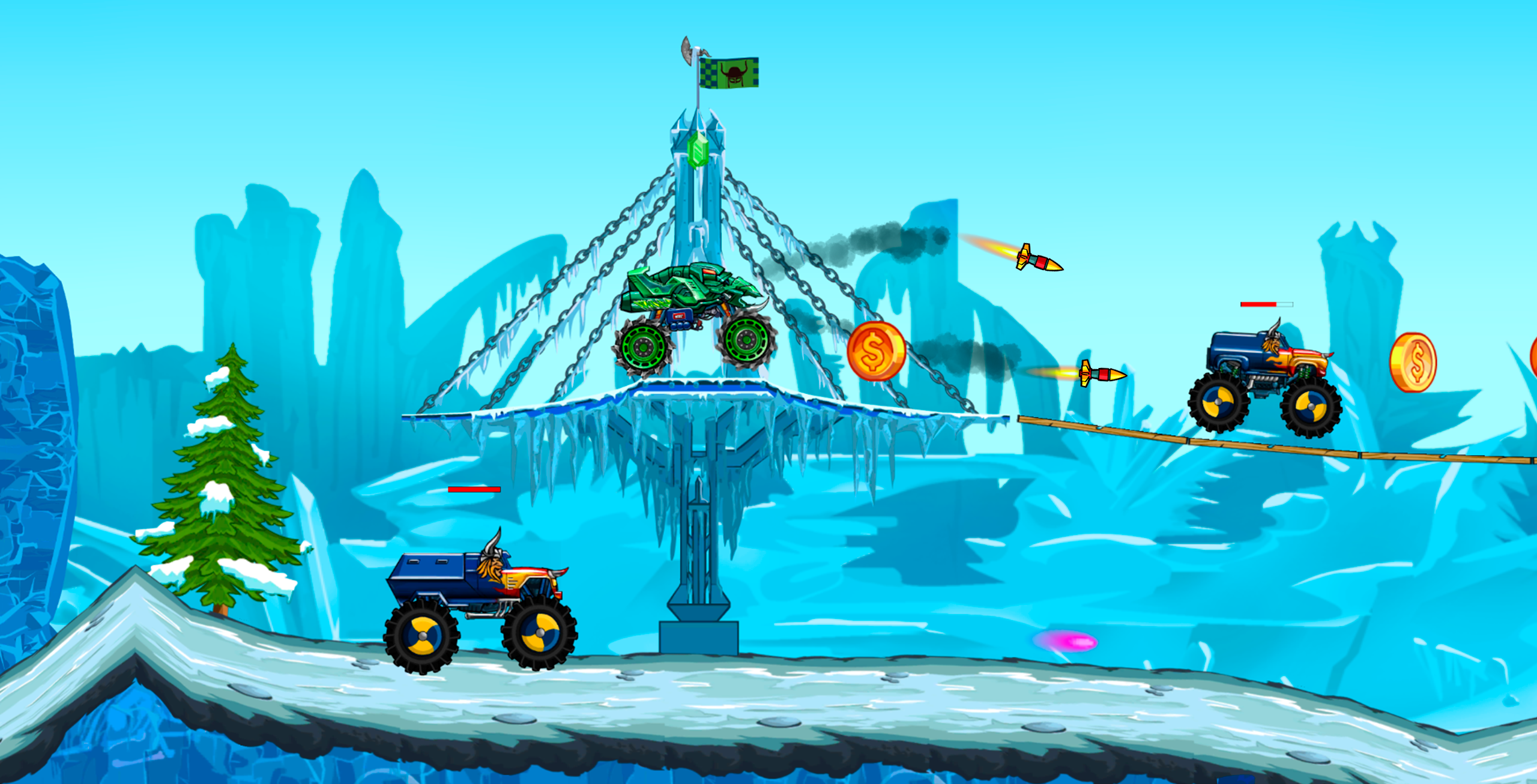 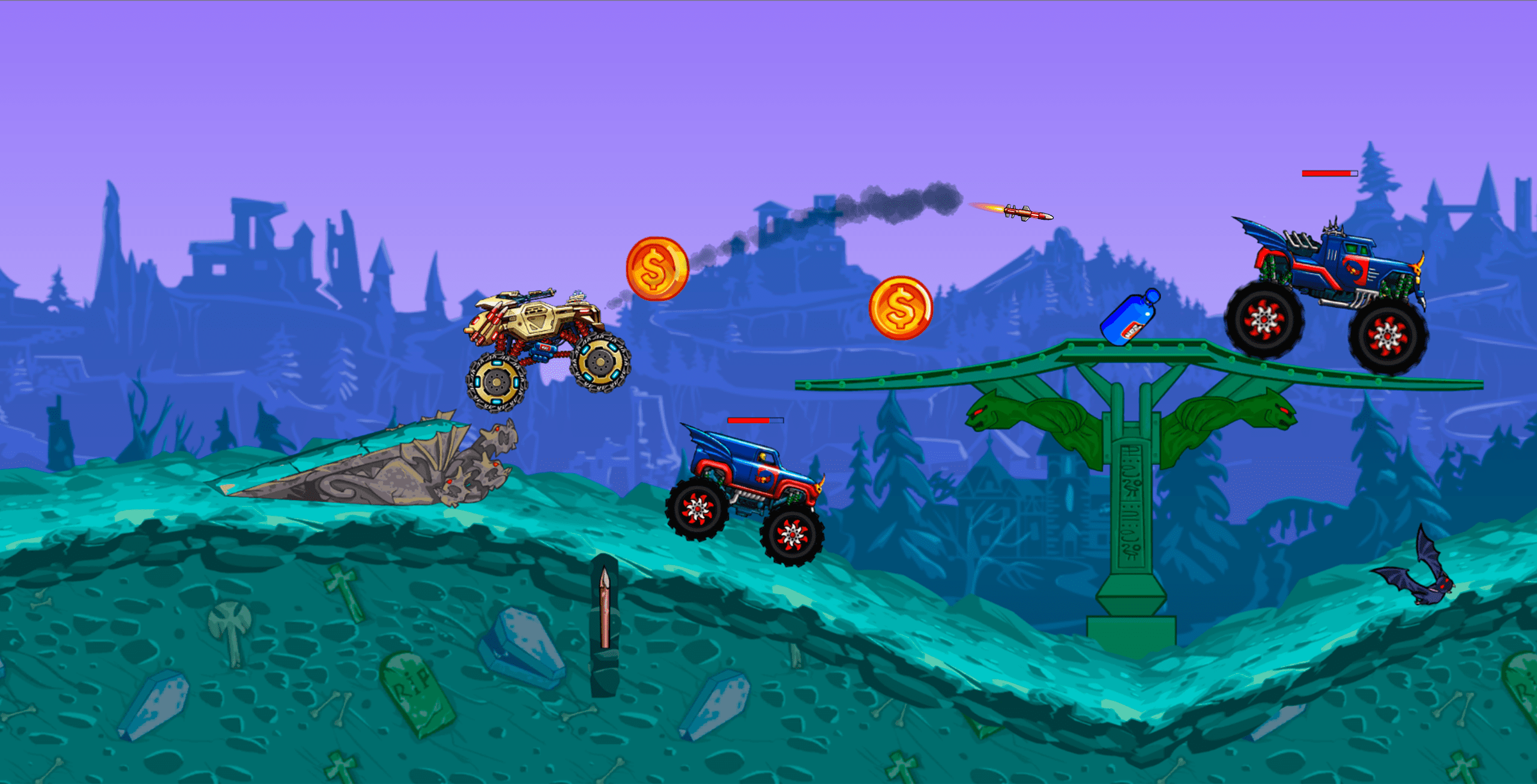 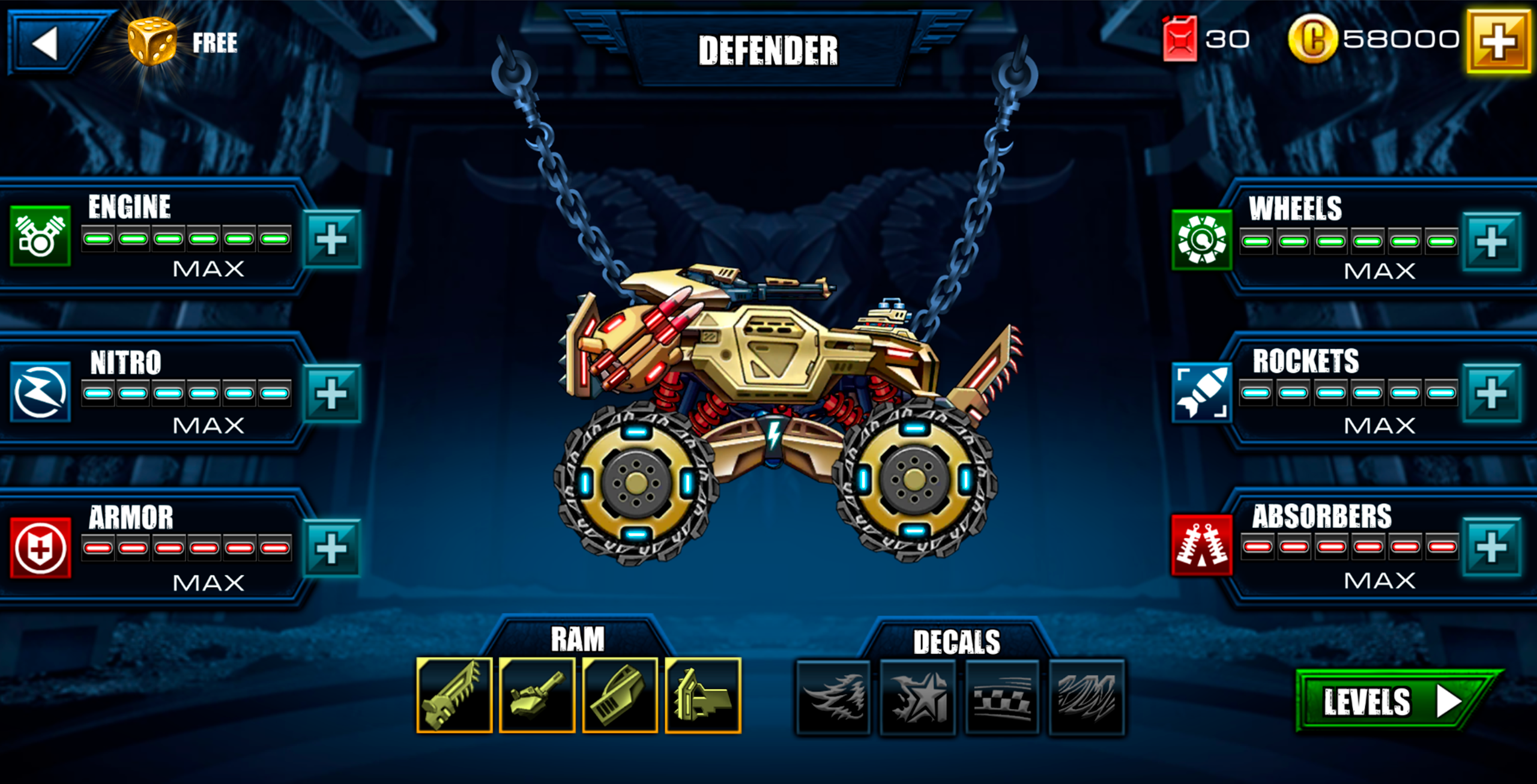 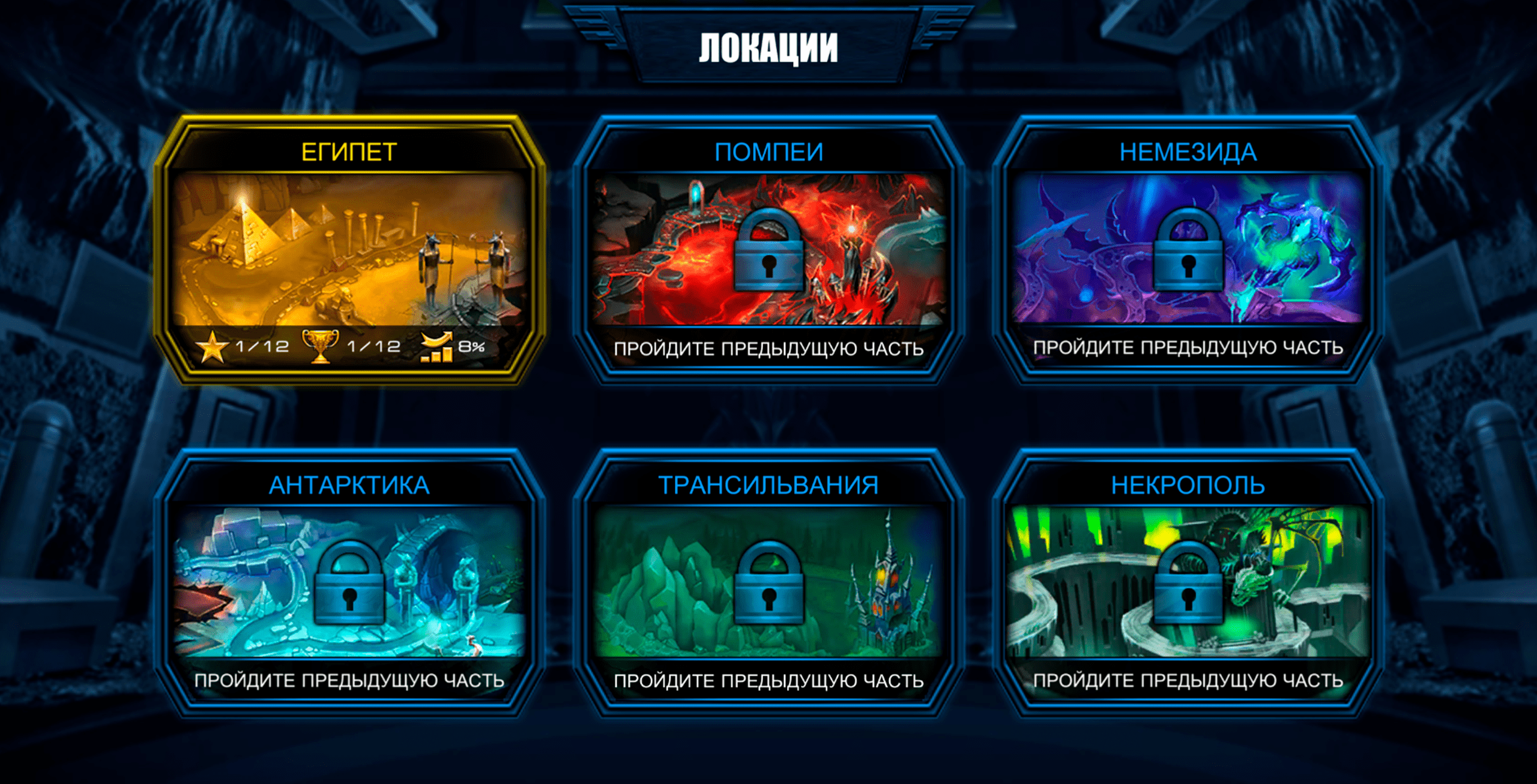 Gear up for roaring, action-packed race battles against the mean Monster Trucks! They’re waiting at the Mad Truck Challenge starting line! Strap up for a relentless racing simulator and have your adrenaline pumping. Select your truck, armed with rockets, and race against the toughest offroad drivers on the planet. Generate turbo boosts and use nitro to speed up your legendary car while you climb the hill! Crush and blast your way to victory, perform extreme stunts, and make your opponents bite the dust to earn the coveted Monster Truck trophy! Be a King of race in the fun car racing game!

Are you crazy about racing games? Do you think you deserve the title of a King of the roads? Street road wars and survival race battles are real fun for fans of extreme sports and car games! Put the pedal to the metal and complete mad missions in this mayhem-filled 2D driving game. If you feel the need for destruction, speed, and tricks, join the journey of cars with huge wheels!

In the world of post-apocalypse, the battle of machines and car monsters begins! Expect wild action, gang shooting, car crashes, and destruction! The combat arsenal of your trucks is as cool as that of a tank! Choose 4x4 SUV, battle tanks, monster trucks, and supercars with unique skills! Decide which car will destroy your enemy in the car smasher offroad game!

As a car tycoon, improve your racing truck, the offroad legend, and its speed, armor, bullet resistance, maneuverability, damage, nitro acceleration. All you have to do is to win the races in this driving car simulator and earn money! It's time to show everyone what a real cool car should look like!

Create a monster car to destroy your rivals while driving in a death race! Equip your combat vehicle with crushing firepower! Use all kinds of weapons to smash enemies! This is a furious 2D race for survival, the death car battle! Get ready for the destruction of opponents and feel the rattle of cars’ metal! The last remaining alive will receive the title of the world racing champion!

Collect coins to pimp your 2D monster truck with wicked decals, insane paint jobs and crazy hood ornaments to strike fear into the hearts of your opponents. This is a monster on wheels! Check the wide opportunities for customizing and fixing car! Create a bloodthirsty killing machine! Make your car unique and show other racing drivers what you're capable of!

Mad Truck Challenge Racing is a gladiator truck battle! Take part in the hellish survival race! Smash your enemies to smithereens! Destroy gangs and defend your territory! Drive hard and make enemies beg for mercy! Triumph in wild car matches and smash the bosses that rule this city! Make your way through the apocalypse, win fierce crime racing wars and become the only king of the roads!

Mad Truck Challenge includes 72+ levels of various missions, where the battle of cars against different bosses takes place! You’ll drive around 6 uphill locations, where your opponents are fantastic creatures: pharaohs in ancient Egypt, devils in Pompeii, Vikings in winter land, vampires in Transylvania, aliens in Nemesis, and zombies in the Necropolis! Hunting enemies on an evil car has never been so fun!

Are you a fan of arcade car racing, where it is possible not only to ride offroad, but there are a lot of adventures, crazy missions and the possibility to defeat the monster boss? Looking for the driving simulator? Take your mad truck to the max in this fast and furious car racing game Mad Truck Challenge Racing! It is the craziest race on huge trucks that you turn into a weapon of death, a killer car, and a monster truck! Become a truck driver, crush vehicles, perform crazy stunts, and sweep everything out of your path with turbo speed and mortal missiles! Cool racing arcade and real battles with opponents are waiting for you in Mad Truck Challenge Racing! Chase the champion title!